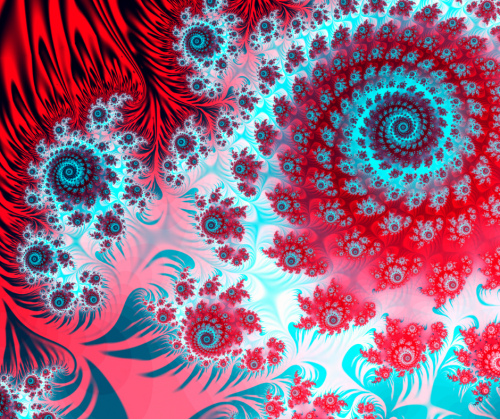 I believe in the self-fulling prophecy. The sociological idea that predictions make things more likely to come true.

Example: The young man worries that his girlfriend is going to dump him. This prediction affects his actions. He seems more leery, acts more needy, and expresses more doubts when with her. This makes him a less attractive boyfriend and she breaks up with him.

The self-fulfilling prophecy is often discussed in the negative, but positive outcomes are possible, too. Human systems are chaotic (as in chaos theory) and our thoughts can be swirly in nature. Future results are sensitive to initial conditions - and every thought and action is like a butterfly flapping (as in the butterfly effect). Everything we do reverberates.

Swirly thoughts reinforcing GET IN SHAPE: I going to hire a personal trainer and commit to an accountability system for exercise. I can do this and it will work.

Swirly thought reinforcing GAINING WEIGHT: I'm doomed when it comes to health, so I should just enjoy myself and eat whatever I want.

Swirly thoughts reinforcing VEGGIES WILL HEAL ME: If I eat lots of vegetables, I will slow disease progression and feel better.

Swirly thoughts reinforcing DISEASE PROGRESSION: My weight is my greatest risk factor, and if I can't solve that problem, the rest is wasted effort.

Do you see how these conflicting beliefs could co-exist? What might be possible if I could let go of the least helpful beliefs and adopt better ones?

Bottom line: We have the opportunity to be more cognizant of the self-fulfilling prophecies we're reinforcing and deliberate about putting more helpful ones in play.

BTW, this idea is why something like a Decision Filter can be useful.