And now for some ridiculousness...

This pandemic has been soooo draining, don't you agree? Since I can't go anywhere - physical, out there - I decided to have a wee misadventure in my fragmented mind with some silly writing. This has not been edited, so you'll find lots wrong with it if you look.

But don't look for typos! I hope you enjoy reading this warped, stream-of-consciousness, piece of play on the page. Perhaps my story will give you an idea or two for how to make your 2020 holiday letter more entertaining. Hehehe... 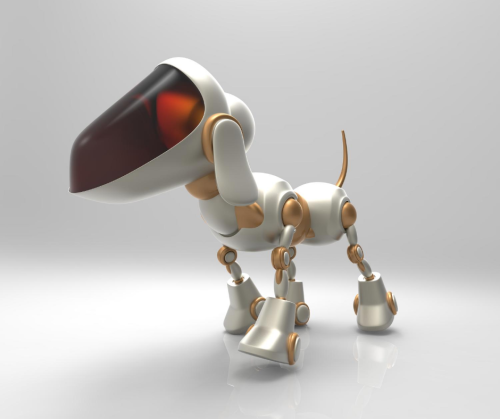 Daggar and Bernice Marks here. This is our annual holiday letter.

Financial Status: Daggar and Bernice are happy to report a sudden and unexpected upswing in finances on account of a fake dog named Barney. Bernice wanted a dog but Daggar had put his foot down because they pee and poop all over the place. In the house, on the porch, around the yard, and inside the car. Daggar called dogs filthy beasts and set a criterion that any pet needed to meet which was a guarantee that it wouldn’t pee and poop all over the place. Not in the house, not on the porch, not around the yard, and never inside the car.  Daggar believed his criterion would guarantee they’d be pet free, but then Bernice found a robot dog named Barney on Craigslist. She bought the robot dog – Daggar told Bernice she could call it a robot dog or a thing, but not just a dog because it was inanimate – from two college kids who said they’d built it for a robot competition. Bernice should have known that the robot dog would be trouble because it did not win or place in the robot competition and cost her only fifty bucks, less than a real live mutt dog from the city pound. Given that it was a one-off creation, the robot dog did not come with an owner’s manual, remote control, or mobile app. The college kids told Bernice they thought its battery would last about five years.

Bernice was happy and felt Barney looked pretty similar to a real dog because it was covered in polyester brown fur and had a pink felt tongue and belly. Daggar thought it looked like a cross between a beaver and an alarm clock. On command, the robot dog sat, shook hands, rolled over, and slept on Bernice’s lap. Daggar hoped that it would satisfy her need to cuddle during the evening news with Lester Holt.

Two days after Bernice brought Barney home, Daggar woke to an unwelcome surprise. The contraption had peed and pooped all over the place. In the house, on the porch, around the yard, and even inside Daggar’s car. Daggar was very mad. And even though Daggar was not a dumb person, having risen to the rank of corporal in the army and scored forth best at the shooting range, he could not figure out where the robot dog was getting the product to pee and poop. Daggar then asked Bernice if she had fed Barney. Bernice said yes, she had, and it preferred canned over dry, so that’s what she gave it. Daggar asked Bernice if she gave it water and Bernice said yes, all dogs need water. Daggar told her robot dogs are made of metal and plastic and do not need food or water. Daggar told Bernice the thing had to go as it no longer met his criterion. Bernice cried.

But something unforeseen happened before Daggar and Bernice could determine how to dispose of the robot dog. The next-door neighbor, an unusual man named Spaz Romano who was rumored to be a drug dealer, claimed that Barney got his two dogs pregnant after it dug under the fence and raped them. Spaz also said Barney ate six cushions from his patio set that needed to be replaced. Something which, if true, somewhat explained the high volume of pee and poo the robot dog deposited in the house, on the porch, around the yard, and in Daggar’s car. Daggar asked Bernice if the robot dog had dug into the neighbor’s yard. Bernice said that yes, it had and that she enticed Barney back into our yard with a pound of raw bacon and then filled the hole.

Daggar reminded Bernice that Barney was a robot and could not have fathered puppies, even if the neighbor’s dogs were virgin Pomeranian twins and therefore highly attractive. Bernice then called Barney and told him to roll over, which he did. Bernice pointed at his boy dog robot parts. Daggar was surprised to see evidence of seepage from its pinkish walnut-sized plastic sacks. Daggar could not figure out where it was getting the product to impregnate the neighbor’s dogs but agreed that this was likely what had happened. Bernice said it might be nice to have puppies. Daggar told Bernice to call them robot puppies, not just puppies, because they would be at least half inanimate.

Not a dumb person, Daggar saw a business opportunity to sell Barney’s robot sperm and its interspecies offspring. Daggar offered to pay for the patio cushions and half of the neighbor’s vet bills in exchange for half of the half-breed puppies. As of this writing, no one is sure when the puppy robots will be born, or power up we’re not quite sure, given the difference in production rates of real dogs and robots.  If you’d like to get on the waiting list, Daggar and Bernice will let you know when you can buy a robot puppy. The cost will be two thousand dollars each. Daggar and Bernice have put Barney out to stud and will be renting its services for ten thousand dollars per night with no reimbursement for damaged or consumed furniture. You can book a stud night with Barney by going online to Daggar and Bernice’s new website DogRobotSperm.com. Advanced payment is required, and the next three months are sold out.

Entertainment Status: Daggar went fly fishing up the Black River with four army buddies this summer. Daggar broke last year’s record of thirty-seven trout caught and released in three hours. Bernice cooked up a batch of poisonous forest mushrooms with stew meat for the fishermen that tasted good but was not, in fact, good at all. All five men recovered and Ruben Smith reports that his dreams are more interesting since eating the toxic stew. Although he ate two helpings, Daggar’s dreams have not improved.

New Year’s Resolutions: Daggar plans to take up whittling life-sized venomous snake statues in his newly renovated office in between processing payments from the DogRobotSperm website. Bernice has started taking computer programming classes at Greendale Community College and hopes to learn robotics before Barney’s batteries die. Barney does not have a New Year’s Resolution because he is inanimate.

Happy Holidays and Happy New Year from the Marks.

Posted at 10:50 AM in Adventures, Misadventures | Permalink | Comments (0)